Here you find reports of bugs, that have been fixed.
Should you encounter similar symptoms to a bug that is listed here, please create a thread in Technical Support: viewforum.php?f=964
Post Reply
3 posts
Page 1 of 1

- PC/Mac/PS4/XB1: PC
- Vehicle/Tool/Model/Object: Claas Lexion 8900 from Platinum Expansion
- Issue: There is an issue with the central auger in the grain tank which when greater than 50% create a white object around it in the centre, this then persists through unloading and when the tank is empty (see screenshots)
- Single- or Multiplayer: Single & Multiplayer
- Steps to reproduce: Harvest with the 8900 until the tank reaches 50% and above. Then unload. White area persists in tank.
- Does it happen on a standard map without mods yes/no: Yes (also happens on mod maps)
- Which vehicles & machines are involved: Claas Lexion 8900 from Platinum dlc 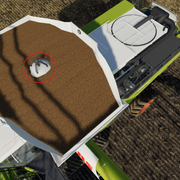 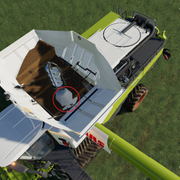 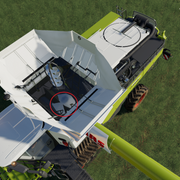 fixed, will be patched
Top