Shame as with the out of the box flexibility to create a scenario FS19 promises, Farming Classics would be a great element. I can see myself on FS17 for for the long run just because I'll not be able to give up this great bunch of equipment.

by LawnBoyDude91
I wonder if you contacted Giants. Maybe they could do some insight into this being on FS19. Some people have suspected maybe Giants setting up a converter app for FS17 consoles mods for FS19. As the mods on FS17 have made it a complete game. So I wonder if Giants already plans for FS19 to have a mod converter for all the FS17 console mods.

Similar to games like Forza having the integration of past games into the current version for the vinyl kits and cars that people pit hours into custom building.

by LawnBoyDude91
But if we are gonna be stuck with pointless 50 grand 4000 liter balers again on console. Then I sure as hell have no reason to get involved with FS19. I see they trashed the Case IH 1660 for a worthless New Holland. First of all the Case IH 1660 ran the IH DT466. A sleeved Diesel. Almost all New Hollands post Fiat era ran non sleeved diesels.

So practicality vs a pile of junk.

Second. I see the Hurlimann Turbo 90 and Deutz Agrostar 6.61 are getting canned. The Case IH 1455XL is gone.

When you lose quality machines like those used in the US.

You have lost my interest.

And last but not least. The Rodeo is gone. But a wimpturd Datsun is to replace an American pick up. That is dumb. Oh and a half a truck is there from Japan also.

by Guil
Calm down with the ranting, nothing is 'canned' yet until the final lineup is known.

by Dogface
The current GE has a conversion tool, for FS15 to FS17. It basically reads the xml file and notes any obsolete code. It saved me about a week on converting the FC package. I am sure there will be a similar xml proofreading tool for FS19.

Dogface wrote: ↑
Mon Oct 29, 2018 1:39 pm
The current GE has a conversion tool, for FS15 to FS17. It basically reads the xml file and notes any obsolete code. It saved me about a week on converting the FC package. I am sure there will be a similar xml proofreading tool for FS19.

Good to hear. Also guys it's been mentioned before but there is going to be equipment in the game that may not be listed till later. The vehicle pool is bigger even that fs17 so I think we can be optimistic about the being some good stuff. If not there will be some great mods coming. Theres no reason at this point to think it's not going to be so good as 17 in the vehicle dept.

by LawnBoyDude91
I hope so. Cause CASE IH 1660's and 2160's are used by multiple farmers near me. So those 6340 liter combines are pretty competitive on the market. Where New Holland combines and equipment are very out classed by Case IH and John Deere.

by cmdrbyron
Careful blurring the line between what you observe in real life, and the conclusions you draw personally from thereof, and statements of fact. Remember, we live in a big world, where we may not all do the same things the same way, and everyone's experiences are different - some maybe even the complete opposite of yours.

by GothicKing13
I live in the US, and all I ever see running up and down the roads are New Hollands... and the occasional Kubota, here and there. Was an old CASE awhile back ago, but haven't seen it in a long time. As for John Deere, it's the one brand I've not seen anywhere around here.

by lefe1
about once per week we take a cruise around on our back roads (Ohio) and I see every type of tractors and equipment. from Deutz-Fahr, White, NH, Ford, old Case, new Case, JD, JCB, Kubota, Massey, International, Allis-Chalmers, Minneapolis-Moline, Steiger. and many many more. and some I seen and don't even know what it even was haha. So if you just drive around and look you will see way more than you think thats in your area...

by LawnBoyDude91
So tomorrow is the big day. Anyone know yet what the mod system is like?

by LawnBoyDude91
So what is the console mod interface like dogface? Are you able to convert these beauties to FS19?

by Dogface
After trying multiple designs to get the baleloader to work without scripts, I finally gave up on that path. I settled on a tow-behind trailer design. It is a good solution to the problem and makes the Fahr APN so much more useful.
.

This trailer was made to compliment the baler in Farming Classics (Fahr APN). The Fahr APN produces small bales, but the package has no efficient way to collect them. To solve this problem, this trailer attaches to a hitch on the baler. The trailer is towed behind the baler and as bales are produced they drop into the trailer.

This trailer is a generic version of small square bale wagon. Unlike the real versions, this mod has automatic unloading.

Thanks to Fred53-ITA for reporting this bug. It has been fixed and posted in today's Update.

The Update also includes a tow hitch on the Fahr APN to accommodate the Classic Bale Wagon mod (LINK). The tow hitch is authentic to the original equipment. 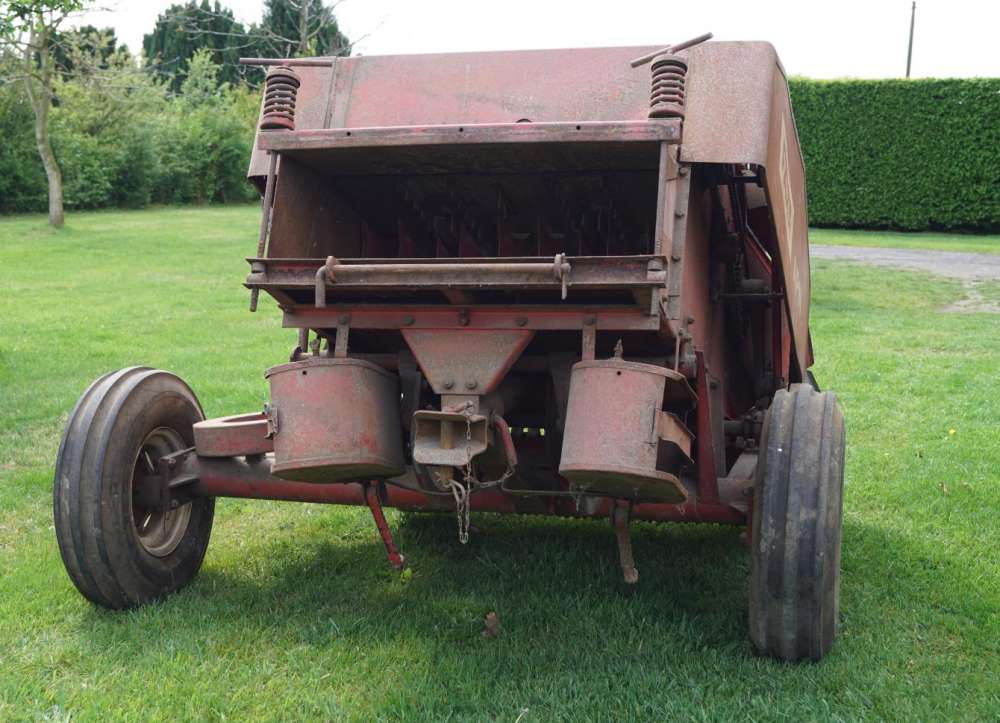 by LawnBoyDude91
Nicely done. A now past on farmer I knew had a new Holland press with a similar setup. It was a useful setup. And could load 4 wagons a day on his own. Let's see how quick the mod system is up for FS19 and what can be done to hopefully get this mod pack into the next game.
All times are UTC+02:00
Page 22 of 26
Powered by phpBB® Forum Software © phpBB Limited
https://www.phpbb.com/