I have been working on this for 2 weeks now and my brain has gone beyond melted.

and when in game is this fine but when i attach the tool to the 4000 its at an angle.

now on the attacher joint for the tool it looks like this. But if i 90 that number in the pic the tool does the opposite fine on the 4000 at an Angle on the 3000 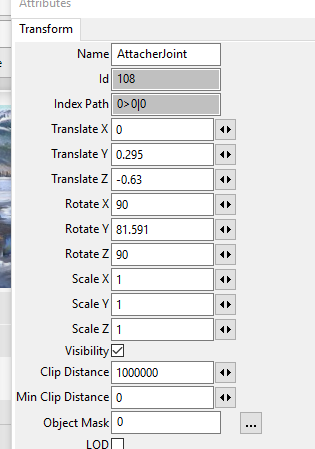 So I tried adding a second Attacher joint all on 90 for the 4000 but it still picking up the first attacher, There Both trailer so i guess this is where the issue is with that.

So ive tried changing it to semitrailerHook it goes bananas when i try that, So it could be that i have not set up the semitrailerHook Right on the 4000, it already has one for mounting a trailer that could also be the issue,

So my Next Option is to have the attacher as an Option when buying it,. Is that possible.? or is there another way other than having 2 items in the Store ?
Top