Please add this to the store and let us buy it on console. I have the limited edition mahindra but it goes too fast I want the John deere as it tops at 32mph
Top

Isn't it in the mod hub already? I too like the lower more controllable slower speed. But what I do is just set my cruise to 32mph on the mahindra. I also refuse to pay for specific equipment when I've already spent $70 on a game. Even if it is only $1
Ps4 Pro. Farming is my hobby. Both for work and play.
Top

It's available to buy on pc and mac but not console. I don't understand why I would just like it added to ps store to buy lol
Top

It is, Some people found it by just typing it in when u search on PlayStation store. You have to manually look for it
Top

It will cost you more then a $1. It’s a Season Pass DLC. You can’t get it unless you pay for the season pass, which is the same price as the game itself.
Top

It will cost you more then a $1. It’s a Season Pass DLC. You can’t get it unless you pay for the season pass, which is the same price as the game itself.

No you can get it separate
Top 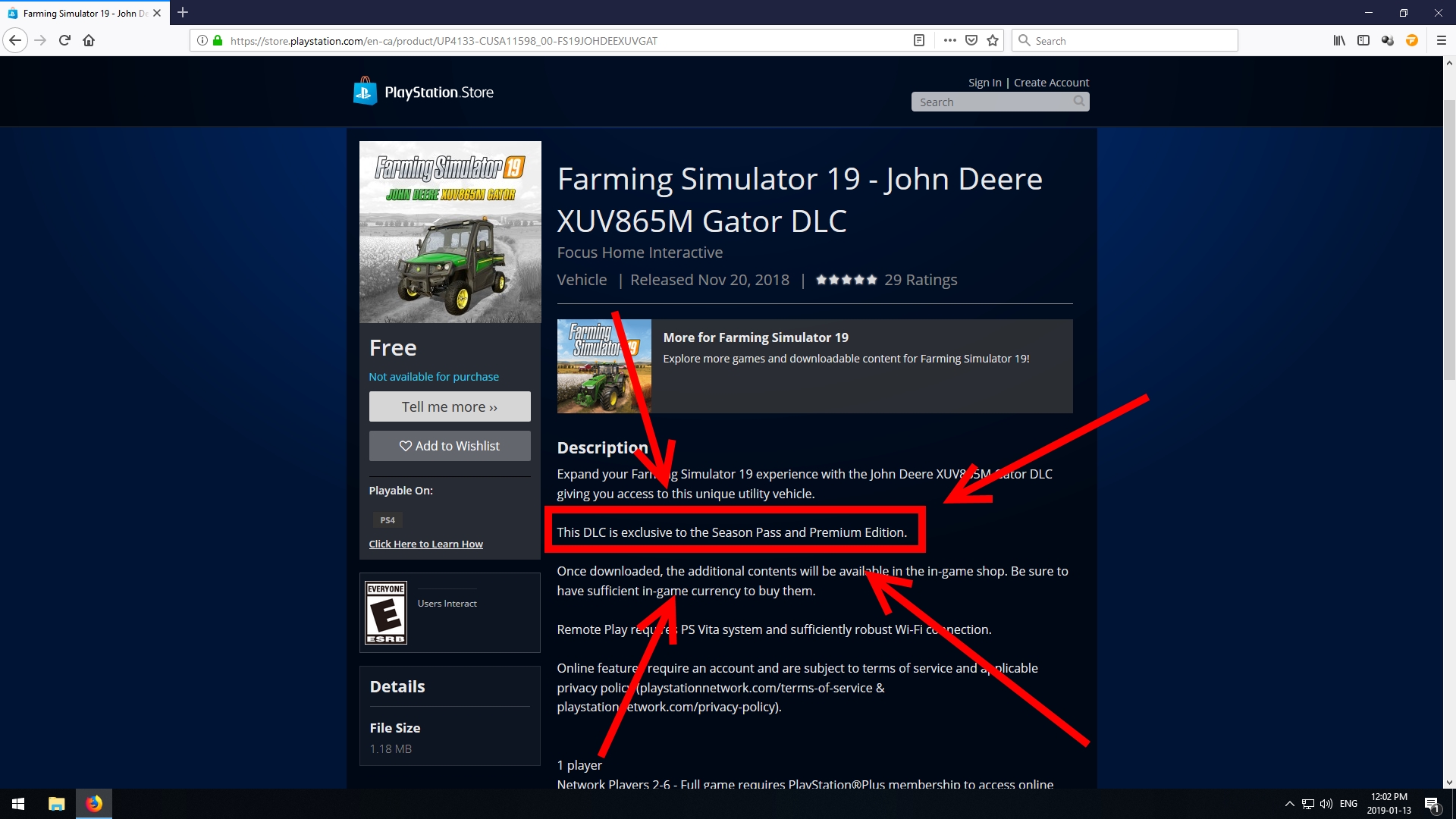 no idea if its just me but does anyone else have a problem with the gator on here? ive had one since the game released and apart from the handling issues and they way it takes along time to get upto speed and when you let off the throttle it grinds to a halt instead of gently slowing down like a real one, after the last update which added terraforming theres no engine sound from it now, the horn works and the sound of the tyres on the road when you get upto speed (eventually) but no engine
If it’s not blue then it just won’t do!
Top
9 posts
Page 1 of 1
Post Reply